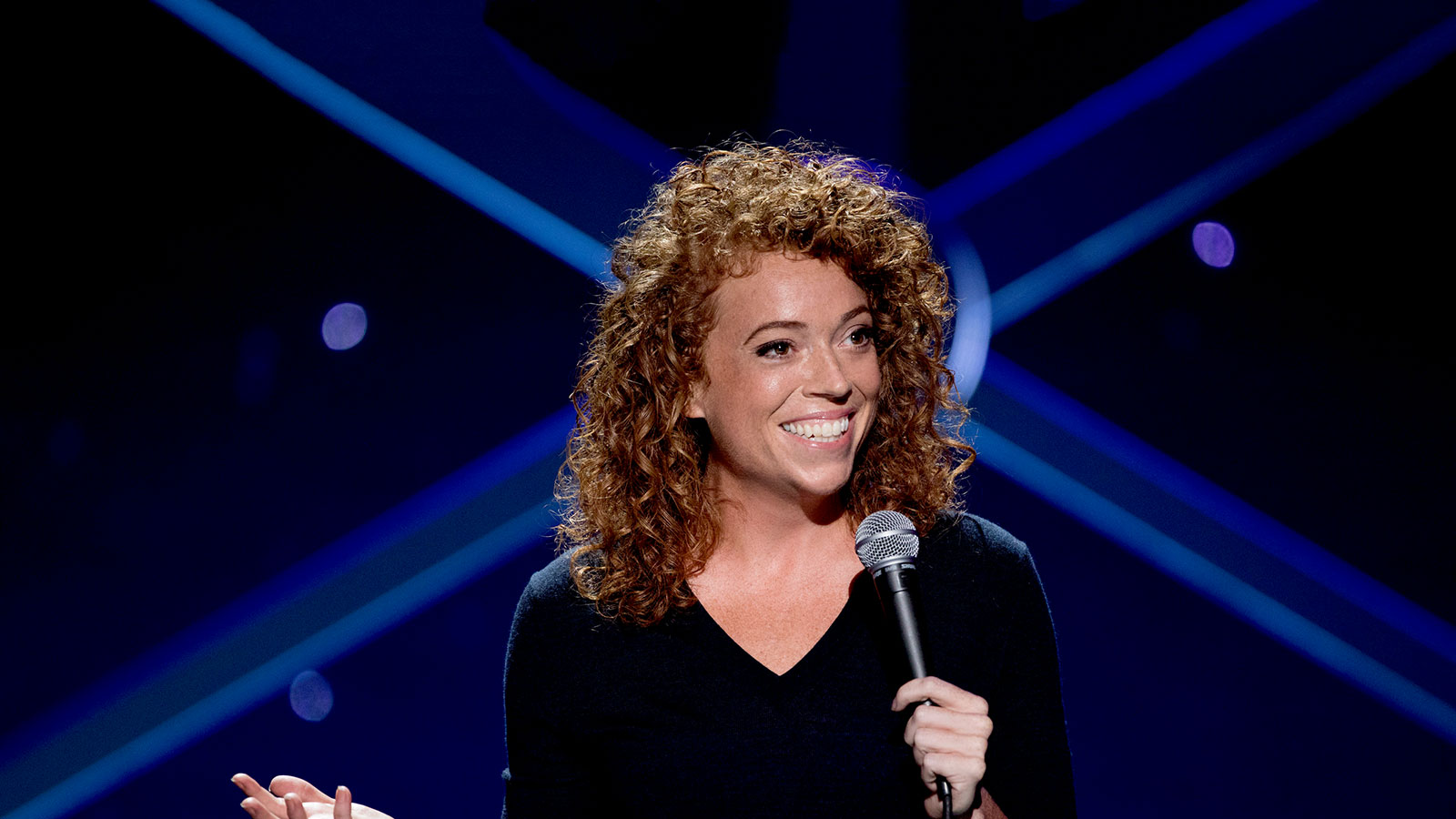 Michelle Wolf has quickly become one of the most influential voices in the comedy landscape with the Village Voice calling her “the voice comedy needs right now” and The Daily Beast declaring, “Michelle Wolf is the future of stand-up comedy.” In 2017, Wolf debuted her first hour-long stand-up special, “Michelle Wolf: Nice Lady,” on HBO for which she received rave reviews and a Primetime Emmy nomination for Outstanding Writing for a Variety Special.

As with her HBO special, Wolf steers clear of politics in her current show, instead focusing on social commentary, such as race and gender issues, which she tackles through her unique comedic voice and her uncanny ability to find humor in the most unpredictable ways—often leading to boundaries being pushed to hilarious results.

Wolf recently served as the executive producer, writer, and host of the critically acclaimed variety sketch series The Break with Michelle Wolf on Netflix. In 2018, she made international headlines as the much buzzed-about headliner of the 2018 White House Correspondents Dinner. Wolf’s other television credits include on-air contributor and writer for The Daily Show with Trevor Noah and a writing supervisor and performer on Late Night with Seth Meyers.

At the request of these artists and their representatives, all ticket holders entering the Foellinger Great Hall will be subject to personal and bag checks by metal detecting wands. To keep lines moving quickly, we strongly encourage patrons to check bags with Krannert Center coat check (no charge). If you have any questions, please contact info [at] thepygmalionfestival.com or patronservices [at] krannertcenter.illinois.edu. Thank you for your understanding.

Foellinger Great Hall
Ticket prices are available on www.thepygmalionfestival.com. For PYGMALION performances at Krannert Center, you will exchange your ticket at the will call table.