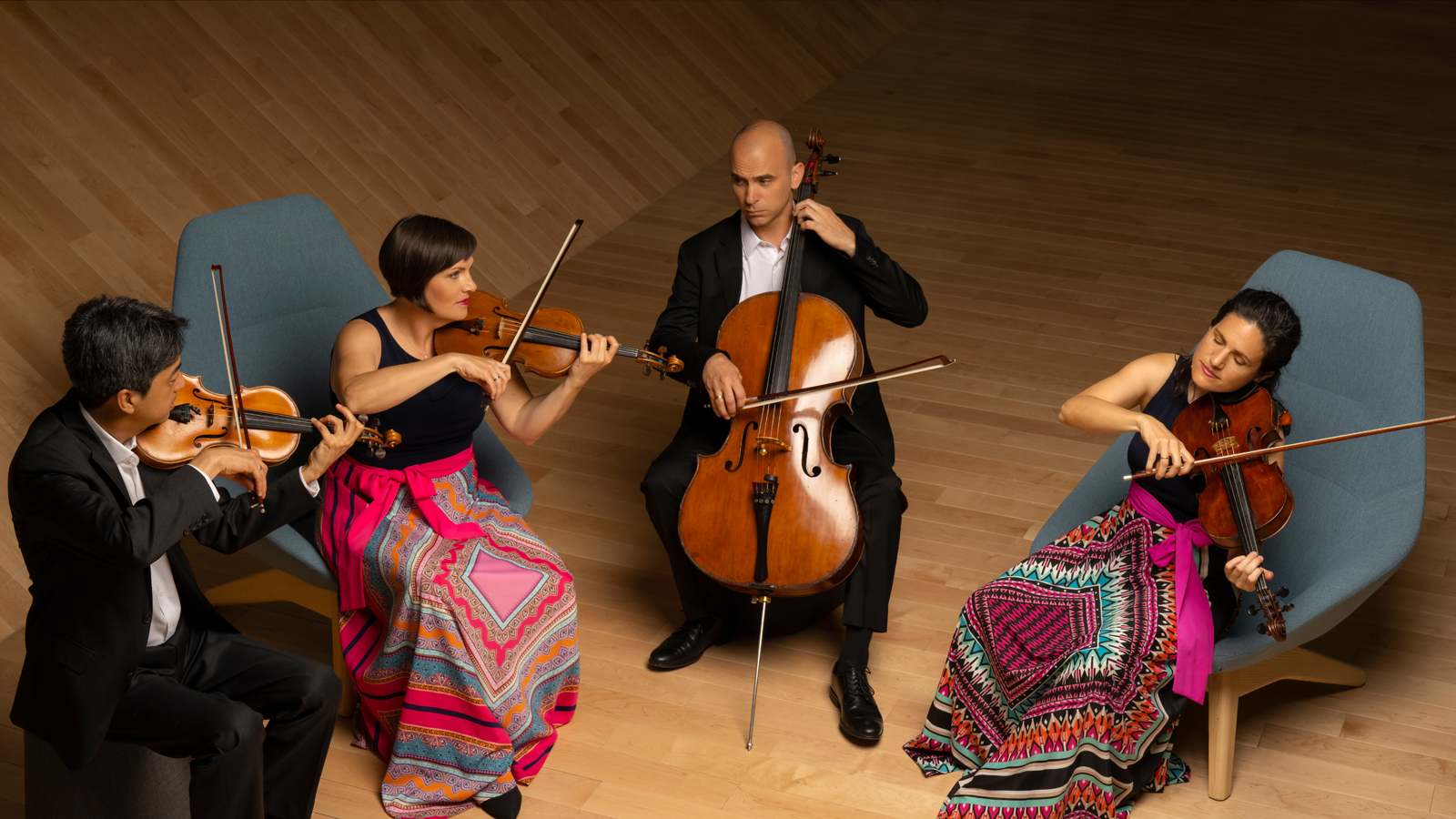 The quartet has performed in some of the world’s finest halls, including New York City’s Carnegie Hall and Lincoln Center, London’s Wigmore Hall, Boston’s Jordan Hall, Mexico City's Palacio de Bellas Artes, Washington, D.C.’s Kennedy Center and Library of Congress, Austria’s Esterhazy Palace, and Seoul’s Sejong Chamber Hall. Their major music festival appearances include the Aspen Music Festival and School, Bowdoin International Music Festival, Cape Cod Chamber Music Festival, Rockport Music Festival, Music at Menlo, the Seoul Spring Festival, and many others. In addition to their performing career, they have been artists-in-residence at the University of Illinois Urbana-Champaign since 2012, where they maintain private studios and direct the chamber music program.

This concert will start at the cusp of the twentieth century with Charles Ives’ String Quartet No. 1. Written in 1898, this four movement string quartet is also known by the subtitles “From the Salvation Army" and “A Revival Service” and is one of the composer’s first major works. Next on the program is the intricate and rhythmically charged second string quartet of Jamaican-born, British composer Eleanor Alberga, which she composed in 1994. The performance will then conclude just a few decades earlier than it began, with Mendelssohn's 1847 work, String Quartet in F Major–– a dramatic and heart wrenching piece written as an homage to the memory of his beloved sister Fanny.