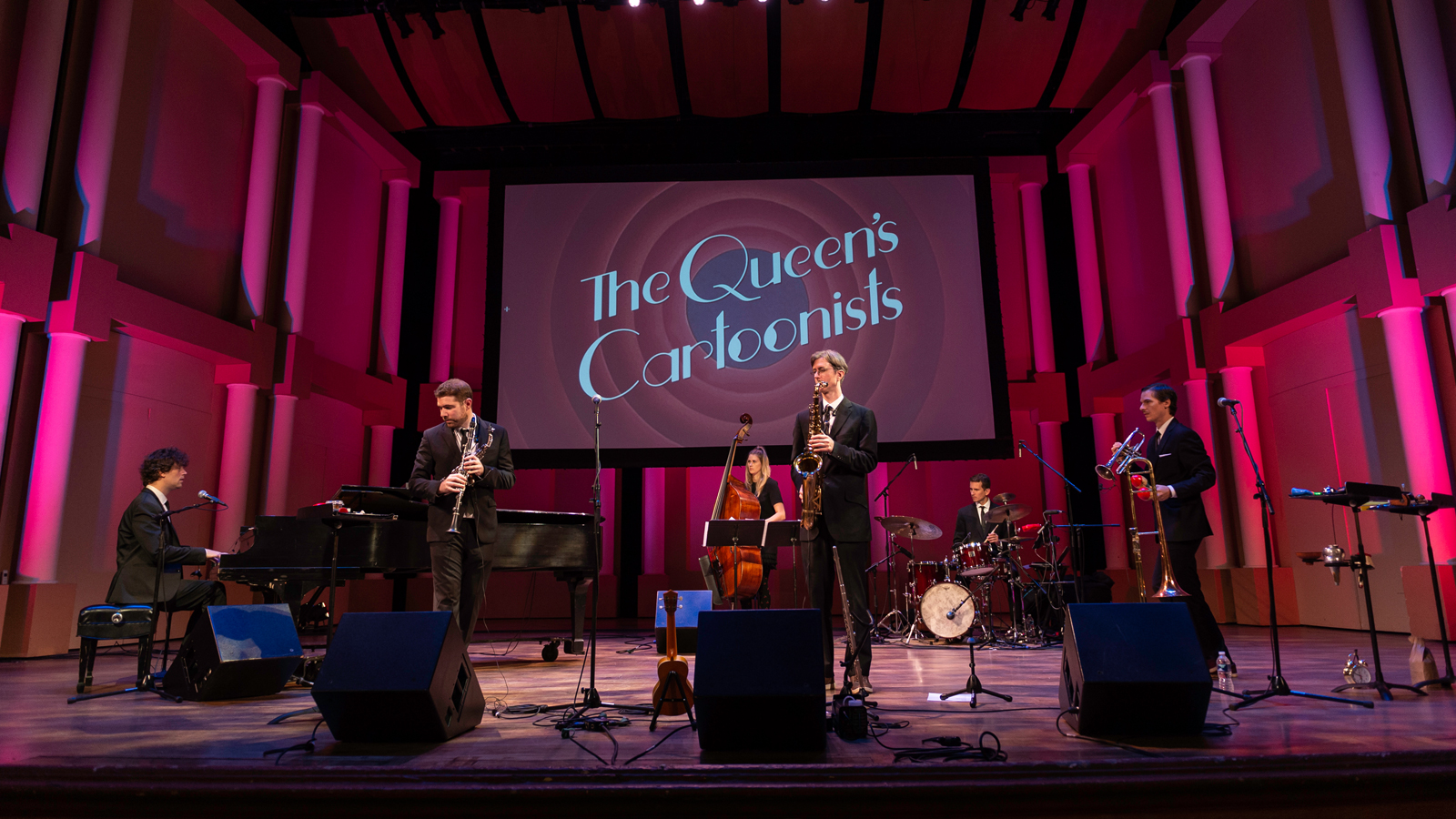 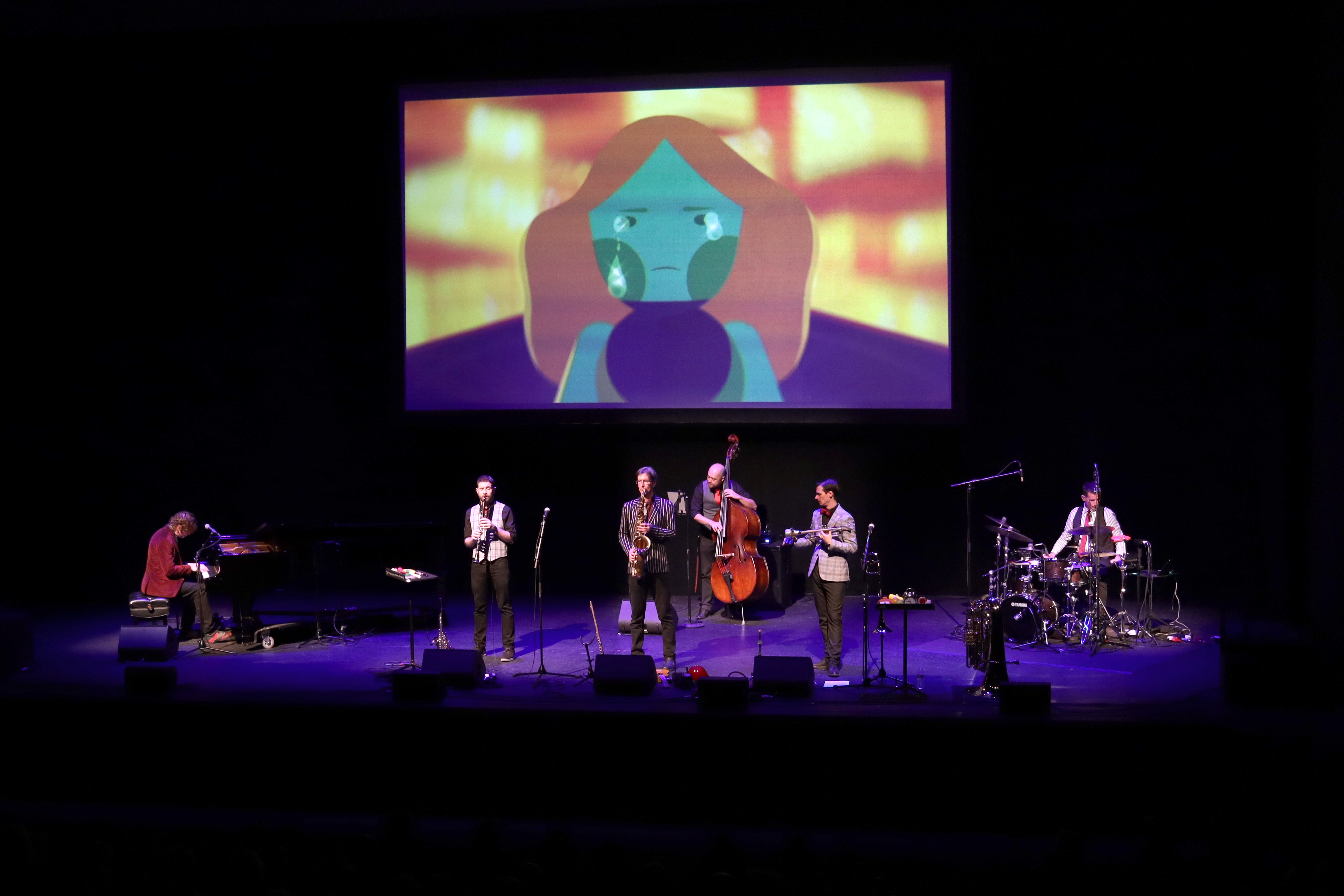 The Queen's Cartoonists: The Haunted Ship

The Queen’s Cartoonists (TQC) perform music from cartoons! Pulling from over 100 years of animation, TQC’s performances are perfectly synchronized to the films projected on stage. The band matches the energy of the cartoons, leading audience members through a world of virtuosic musicianship, multi-instrumental mayhem, and comedy.

Projections of animated films dazzle the audience, while the band recreates original soundtracks note-for-note, or writes their own fresh compositions to modern pieces, all the while breathing new life into two uniquely American forms of art: jazz and animation. Watch your favorite classic cartoon characters interact with the musicians on stage, and expect the unexpected from the Golden Age of Animation, cult cartoon classics, and modern animated films. Inspired by the crossroads of jazz, classical music, and cartoons, TQC features Jazz Age composers such as Carl Stalling, Raymond Scott, and Duke Ellington, alongside classical giants Mozart, Rossini, and R. Strauss (to name just a few).

Since their inception in 2015, the band, hailing from as far away as Australia, Bulgaria, and Washington, DC, now all reside in Queens, New York, and are a creative part of the New York jazz scene. The band has brought their unique concert experience to performing arts centers, clubs, and festivals all across the United States and Europe.