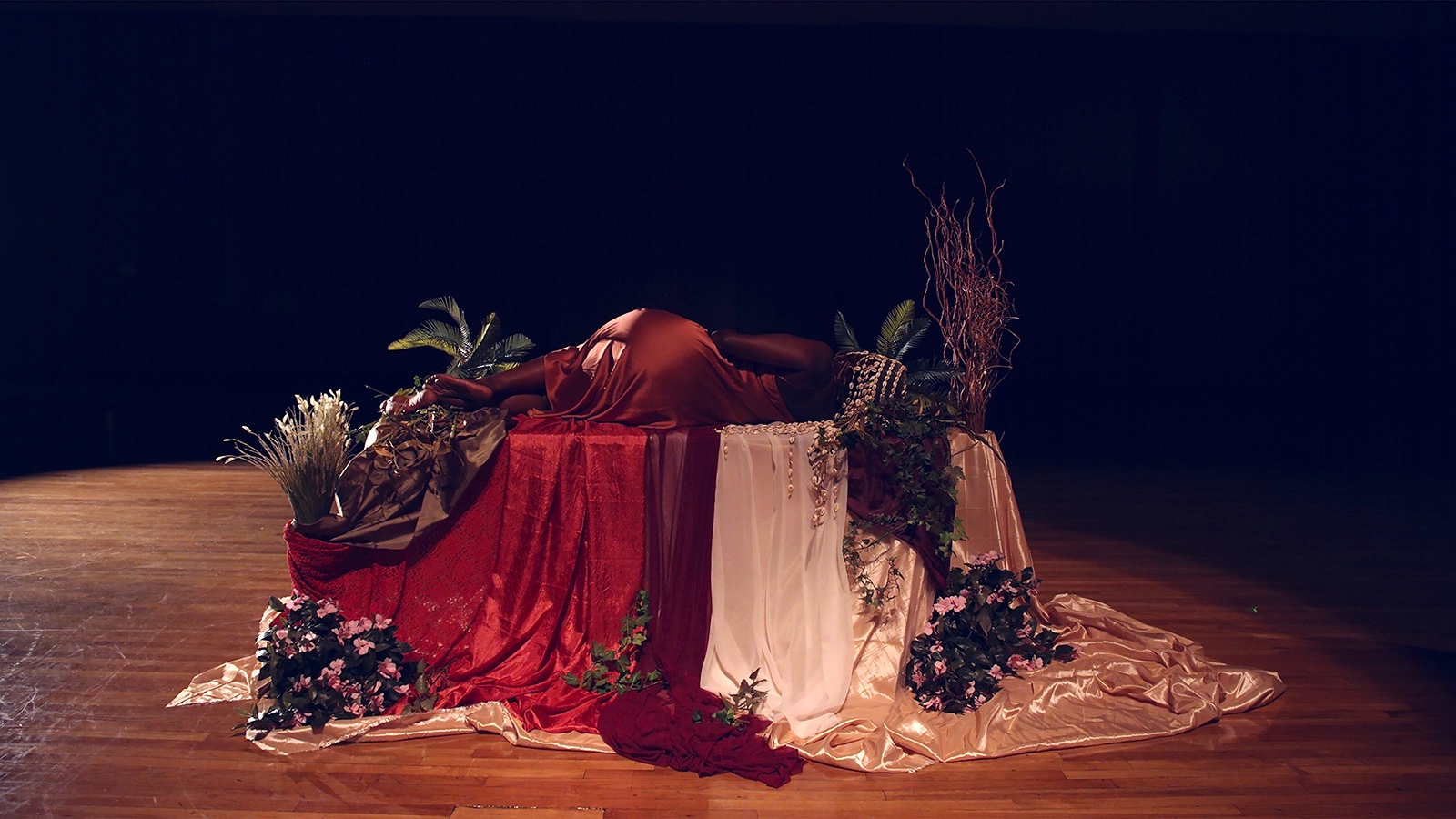 Marquee
A short film written and performed by Somi

The performance and conversation will be available for viewing from Tu Dec 1 at 7pm through Tu Dec 15.

Vocalist-composer and writer Somi Kakoma forges new ground with an experimental short film that blends spoken word, art song, and movement with deconstructed concert recordings from Somi’s new live album Holy Room—Live at Alte Oper with Frankfurt Radio Big Band. COVID-19 hit the United States while Somi was on the road, so instead of returning to her residence in New York City, she decided to head to her hometown of Champaign-Urbana, Illinois, to shelter in place with her mother where she found herself reflecting on the deep sense of personal vacancy she was feeling in the absence of live performance.

In exploring this theme, commissioners from Krannert Center, Baryshnikov Arts Center (New York), and ArtsEmerson (Boston) have joined forces to support the creation of in the absence of things. Partially narrated by Somi’s mother, this meditative film registers what Somi calls “the emotional vibration and undemocratic fragility of cultural space and the living stage.” The piece also aims to frame the disruption of otherwise quieted cultural spaces as a larger metaphor for the work most American arts institutions still need to do in service of Black storytelling.

This free, virtual first look at in the absence of things will be followed by a conversation with Somi; the director of the film, Mariona Lloreta; and Obie Award-winning Artistic Director of New York City’s National Black Theatre (NBT) Jonathan McCrory to discuss the meaning of the film, the collaborators’ creative process, and the role of Black artists during and beyond COVID-19. This event is also presented in partnership with NBT and Salon Africana.

The performance and conversation will last approximately one hour.

If you believe in the life-affirming experiences that Krannert Center and the performing arts at Illinois make possible, please make a gift: advancement@krannertcenter.illinois.edu, KrannertCenter.com/Give, or faa.illinois.edu/giving. During the COVID-19 pandemic and associated program cancellations, your support can ensure the Center’s ongoing stability.

Free
EVENT STREAM
This event will be available up until: