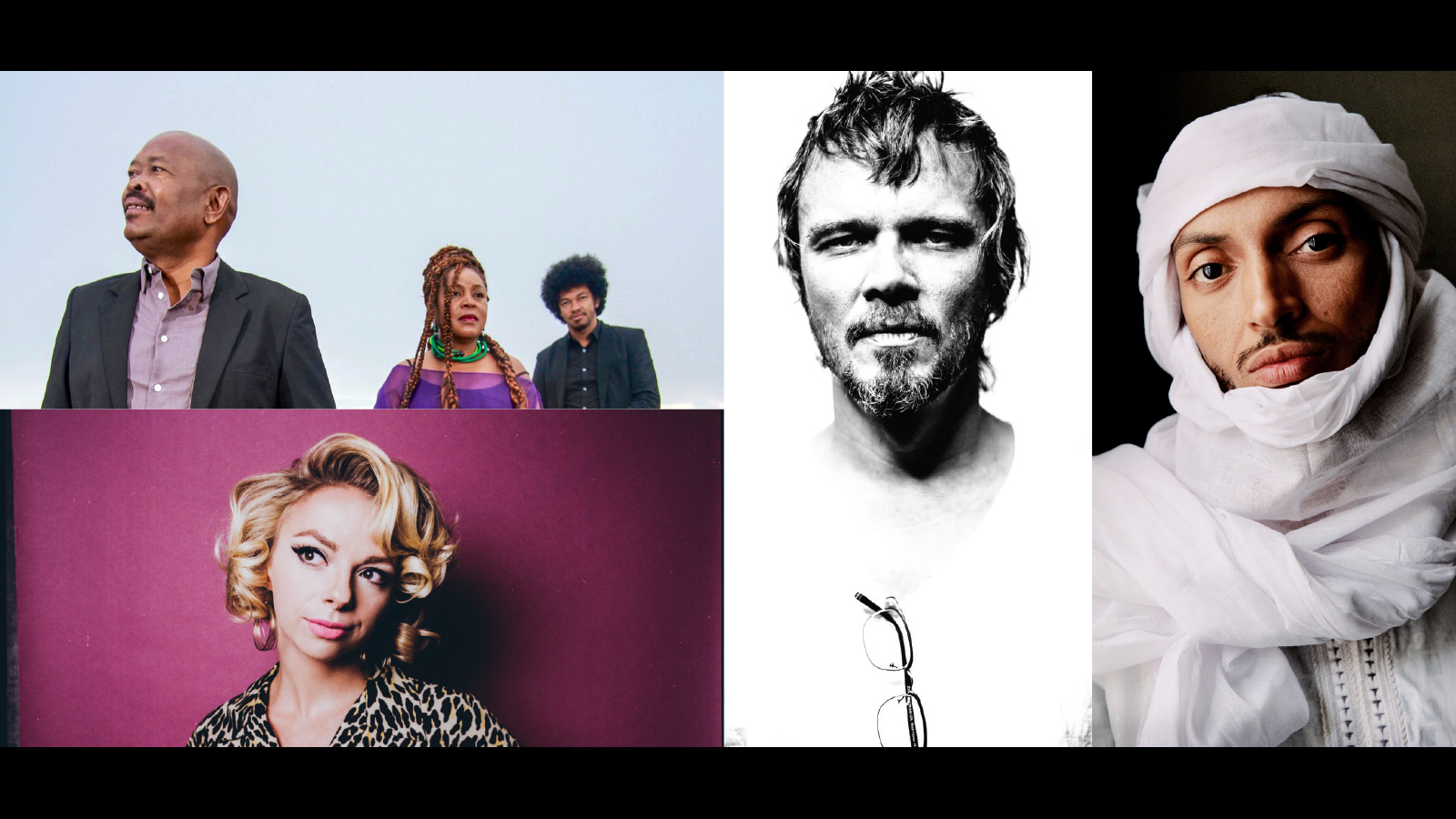 Krannert Center’s 2019-20 season opens at high speed with the return of ELLNORA | The Guitar Festival and the Opening Night Party! Get ready to gather and groove as the entire community comes together for a night of exceptional music-making; fabulous food and drink from Siam Terrace, Jet's Pizza, Wood N' Hog, Rick's Bakery, and Caribbean Grill; and all-ages amenities.

Slide in by 6pm when music begins with Toko Telo in the Amphitheatre. This Madagascar-based supergroup features two of the country’s most renowned guitarists—D’Gary and Joël Rabesolo—who dazzle audiences on sparkling, island-inspired folk compositions in the tsapiky, jihe, and beko styles that glitter with the soulful vocals of Monika Njava. (Catch Toko Telo again at 7:30pm.)

ELLNORA alum Andy Baylor will kick things off in the Lobby at 6:25pm by playing the National Anthem.

At 6:30pm, enjoy a sizzling set of tichumaren (North African desert blues) from Niger-born artist Bombino. He says of his Sahara homeland that “sound and music there carries a power with it, so you get the feeling when you’re holding an instrument in your hand and playing it, you’re completing a picture that was otherwise incomplete” (The New York Times).

Reverend Robert, a master of prewar blues, joins the lineup for a 7:45pm cameo. He has delved deep into the styles of Charley Patton, Robert Johnson, and other delta blues giants and is accomplished at many other early 20th-century styles including ragtime and early jazz, Hawaiian, African, and Caribbean. He combines these styles seamlessly in a combination of infectious rhythm and an authentic acoustic sound.

A pair of ELLNORA alums takes to the stage at 8pm. Longtime Krannert Center collaborator Luther Dickinson frequents the “best of” lists in the guitar world and garners devotion for his powerful slide style, exceptional songwriting, and deep connection to the music of Memphis. Kansas City-born guitarist/singer/songwriter Samantha Fish continues her meteoric rise as a blues artist who really knows how to rock. Together with Fish‘s band, you can expect them to deliver an over-the-top Opening Night Party finale to remember.

During the Opening Night Party, visit Weiskamp Screen Printing by the Director’s Office for a demonstration and free souvenir, and don’t miss The Zoo Lady and Her Zoo Crew in the southwest area of the Lobby next to the Ticket Office for face-painting fun. Outside, check out a great selfie spot—the Champaign-Urbana MTD’s “Krannert Center At 50” bus parked on Goodwin Avenue—and chalk art by Scott Barber on the Goodwin Avenue steps.

Following the Opening Night Party, head to the Studio Theatre at 9:30pm for Spontaneous Combustion, a late-night, ticketed set featuring a powerhouse lineup of six-string practitioners.