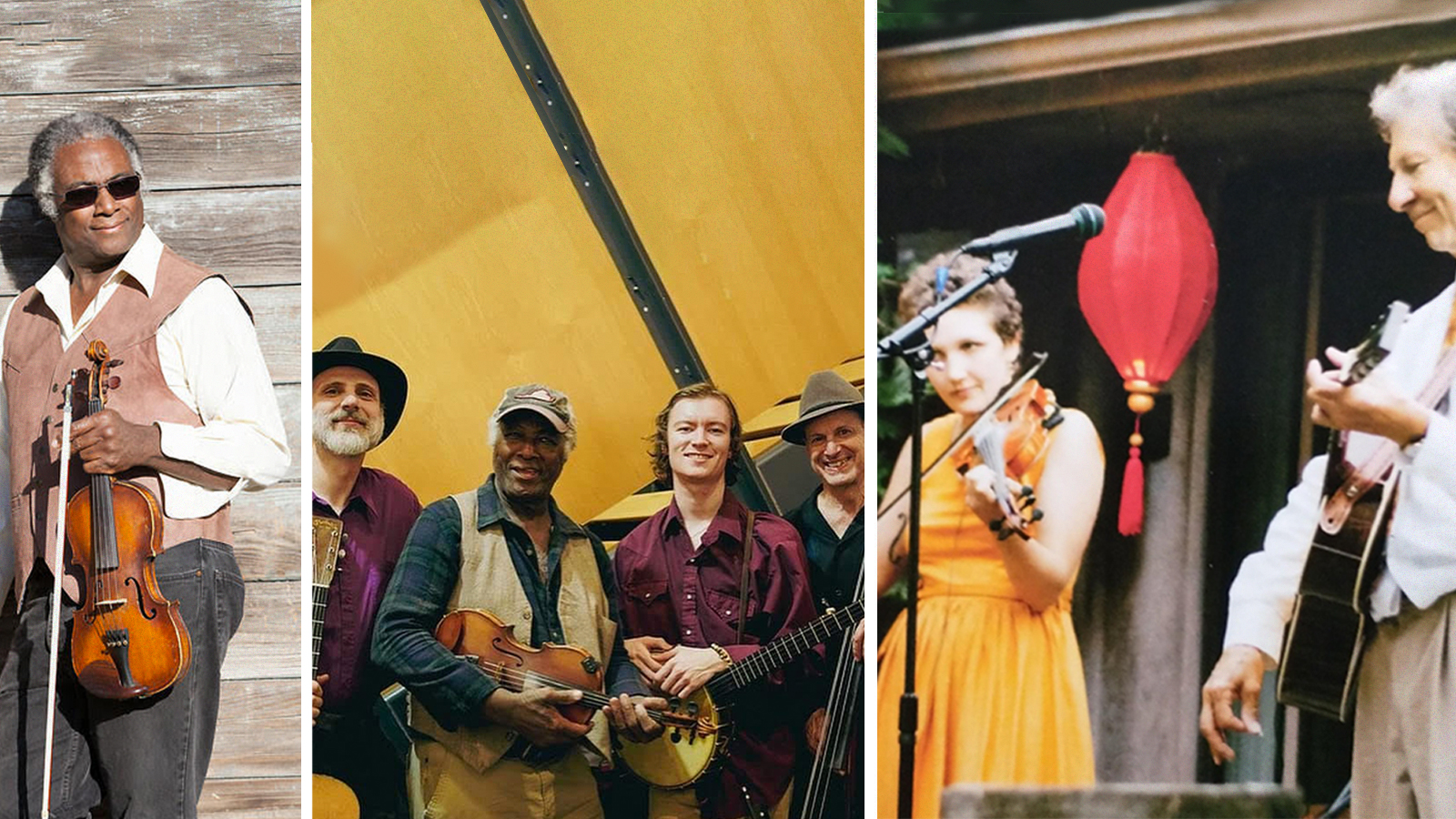 Kick off the 2022 Champaign-Urbana Folk and Roots Festival at Krannert Center!

5pm: The Turino Family Band
Matt (fiddle, guitar, feet, and vocals) and Tom (banjo, accordions, fiddle, and vocals) have been playing string band, Cajun, and original tunes together for thirty years—since Matt was seven. Around Urbana-Champaign they have been part of the Squeezetones, The Cornstalkers, and the touring contra dance band Euphor, as well as playing as a duo. After moving to Kentucky, Tom teamed up with his wife, Shannon, (guitar, vocals, triangle) to form the core of various bands playing old-time and Cajun music. Meanwhile Matt and his partner Claire Johnson (fiddle) began performing in the sterling string trio, Meadow Hawk. They also take great pleasure playing as a collective whenever the family gets together.

6pm: Earl White String Band Fiddlin' Earl White has been a prominent figure in the old-time music and dance community for more than 45 years. He is one of the few Black Americans playing and perpetuating the music that was once an important part of Black culture and Black communities across the US. He is an original and founding member of the famed Greengrass Cloggers and received his first fiddle in 1975. Earl’s energetic, rhythmic, driving style is attributed to many years of dancing with the Cloggers to the delights of Tommy Jarrell, the Highwoods Stringband, the Plank Road Stringband, and the Horseflies, to name a few. His fiddling is as heartfelt as his dancing of earlier years.

Currently, Earl leads the “The Earl White Stringband” with the superb accompaniment of Victor Furtado—banjo, Danny Knicely—guitar, Adrienne Davis—guitar, Mark Schatz—bass, and a host of other great musicians.

Stage 5 offers wine at $5 per glass during Krannert Uncorked.