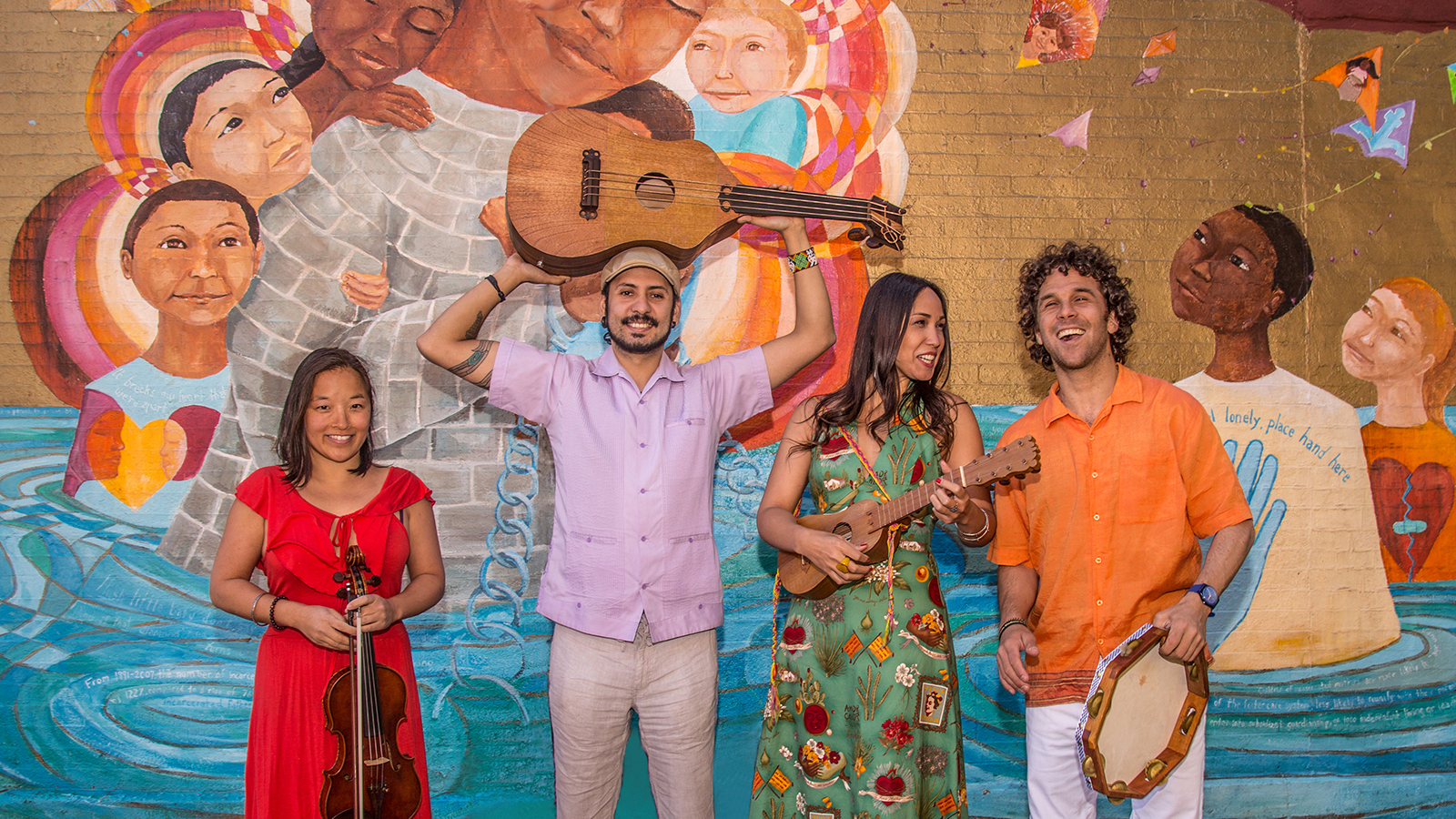 “One of the Latin children's music artists you should know” —Billboard

Guitarist, singer, and songwriter Sonia De Los Santos, a native of Monterrey, Mexico, is familiar to fans through Sprout’s The Sunny Side Up Show, NBC’s Visiones, Sirius XM’s Kids Place Live, WXPN’s Kids Corner, and, at Krannert Center especially, through multiple ELLNORA | The Guitar Festival appearances as a member of the Grammy Award-winning Dan Zanes and Friends band. Her bilingual, melodic vocals and outstanding stylings on guitar, mandolin, and jarana have steadily earned her global audiences since she first began touring. In this free family concert, Sonia and her ultra-talented multicultural band will share songs from her Parents’ Choice Foundation Gold Award-winning album Mi Viaje: De Nuevo León to the New York Island. Expect a joyful feast of original songs, vibrant Latin-American party music, and fresh bilingual renditions of American classics that are sure to enliven patrons of any age!

Starting at 9am in the Lobby, there will be craft activities before the performance.

Recommended for all ages

This performance will run approximately one hour with no intermission.