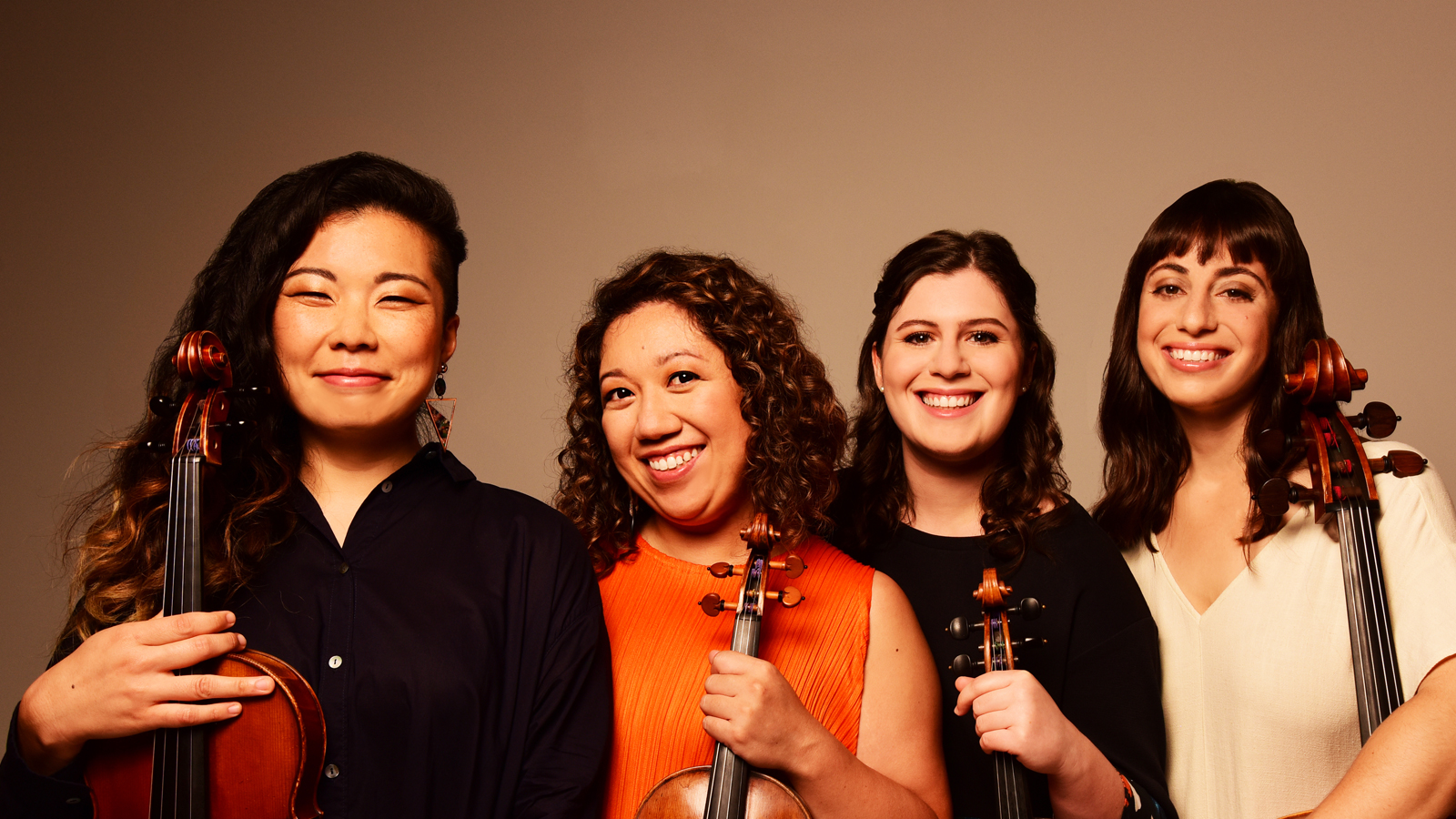 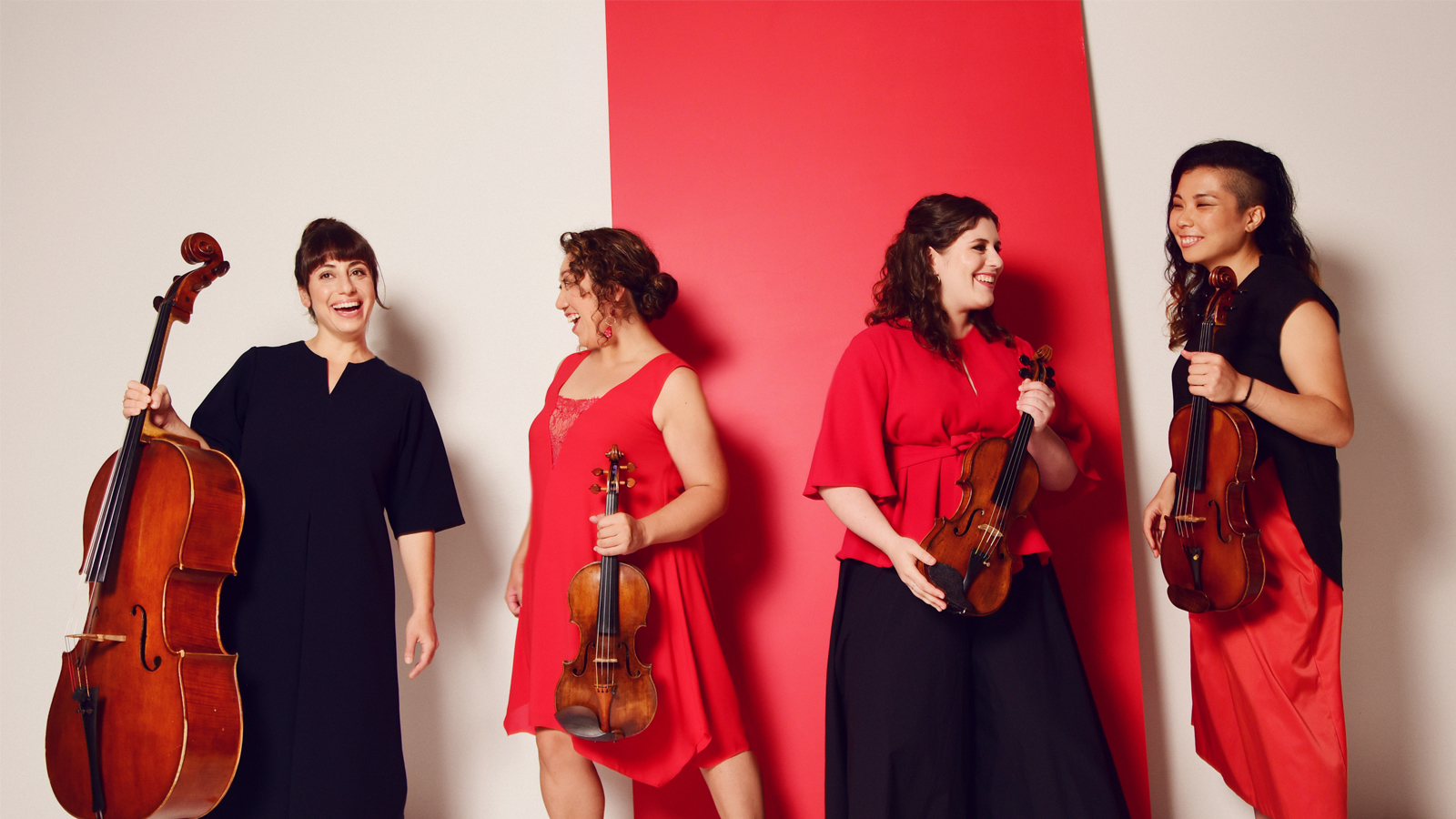 The Aizuri Quartet has established a unique position within today’s musical landscape, infusing all of its music-making with infectious energy, joy and warmth, cultivating curiosity in listeners, and inviting audiences into the concert experience through its innovative programming, and the depth and fire of its performances.

Praised by The Washington Post for “astounding” and “captivating” performances that draw from its notable “meld of intellect, technique and emotions,” the Aizuri Quartet was named the recipient of the 2022 Cleveland Quartet Award by Chamber Music America, and since its inception in 2012 has received major chamber music prizes on three continents and been in residence at the Metropolitan Museum of Art. The Quartet’s debut album, Blueprinting, featuring new works written for the Aizuri Quartet by five American composers, was released by New Amsterdam Records to critical acclaim (“In a word, stunning” —I Care If You Listen), nominated for a 2019 GRAMMY Award, and named one of NPR Music’s Best Classical Albums of 2018.

In 2022, the Aizuri Quartet makes its major concerto debut with the Milwaukee Symphony Orchestra in performances of John Adams’ Absolute Jest, open for and perform with the legendary indie band Wilco in five performances at New York City’s United Palace, and are featured with Wilco on The Late Show with Stephen Colbert. Throughout 2022 the Aizuri Quartet is a fellow of the Artist Propulsion Lab at WQXR, New York City’s classical music station.