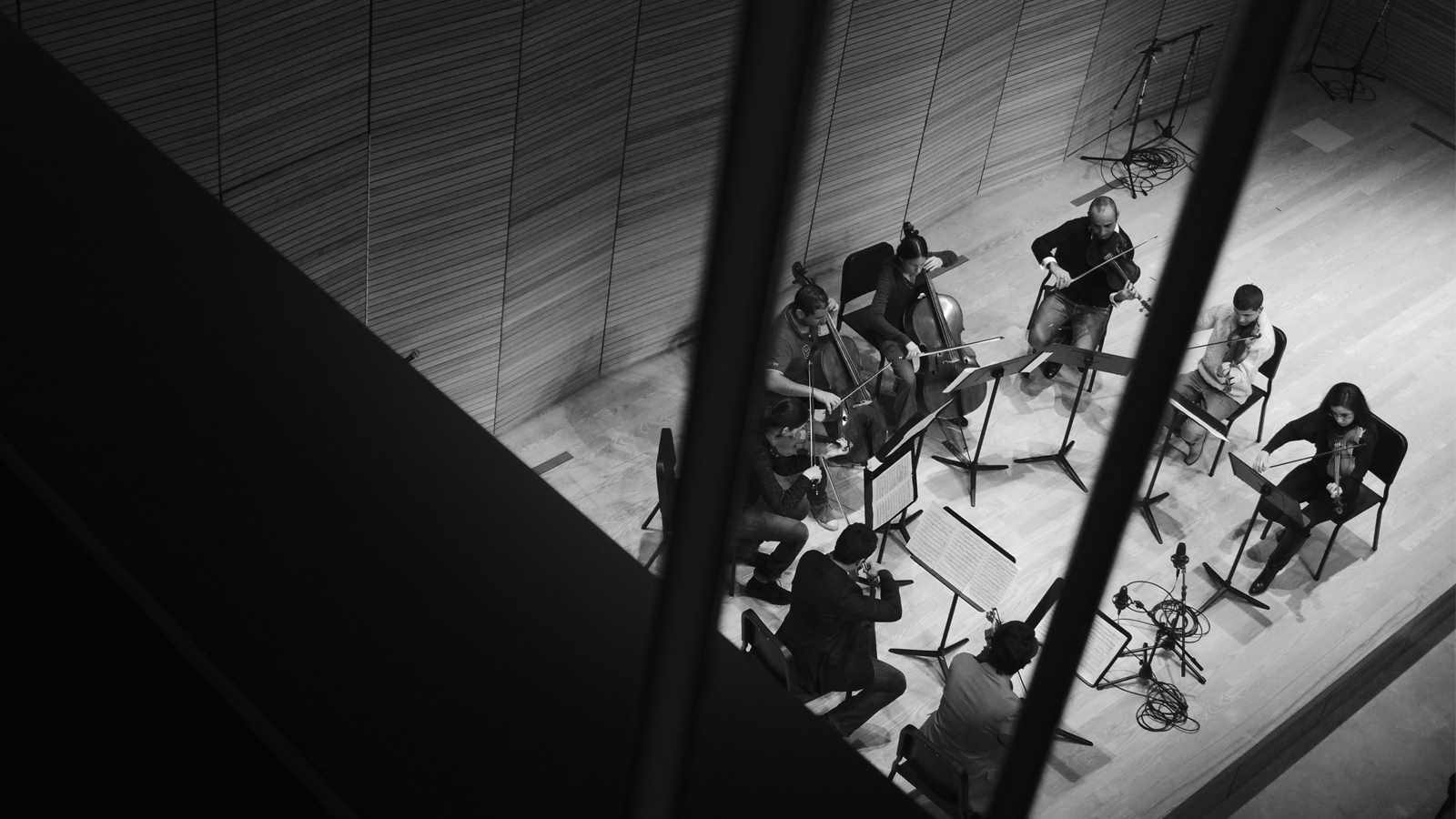 The West-Eastern Divan Ensemble, led by the orchestra’s concertmaster Michael Barenboim, draws upon players of the West-Eastern Divan Orchestra. Founded in 1999, the origins of the orchestra lie in the conversations between its founders, Edward Said and Daniel Barenboim. Over the course of their great friendship, the Palestinian author/scholar and Israeli conductor/pianist discussed ideas on music, culture and humanity. In their exchanges, they realized the urgent need for an alternative way to address the Israeli-Palestinian conﬂict. The opportunity to do this came when Barenboim and Said initiated the ﬁrst workshop using their experience as a model. This evolved into the West-Eastern Divan Orchestra that global audiences know today. The group is comprised of Arab and Israeli musicians, defying ﬁerce political divides in the Middle East and globally. Through its work and existence, they demonstrate that bridges can be built to encourage people to listen to the narrative of the other.

The West-Eastern Divan Ensemble is the most recent imprint of this project and brings the highly praised artistry of the large orchestra into an intimate chamber music format. As the orchestra celebrates its 20th anniversary, Michael Barenboim, who as a soloist has recently appeared with Berlin Philharmonic, Vienna Philharmonic, and Chicago Symphony amongst many others, founds this ensemble to spread the ideas behind the West Eastern Divan Orchestra even further and to give the public an opportunity to experience the musicians’ unique artistry and personality up close.

This performance will last approximately two hours including a 20-minute intermission.