Day of the Drum: Kodo | Krannert Center for the Performing Arts | University of Illinois at Urbana-Champaign 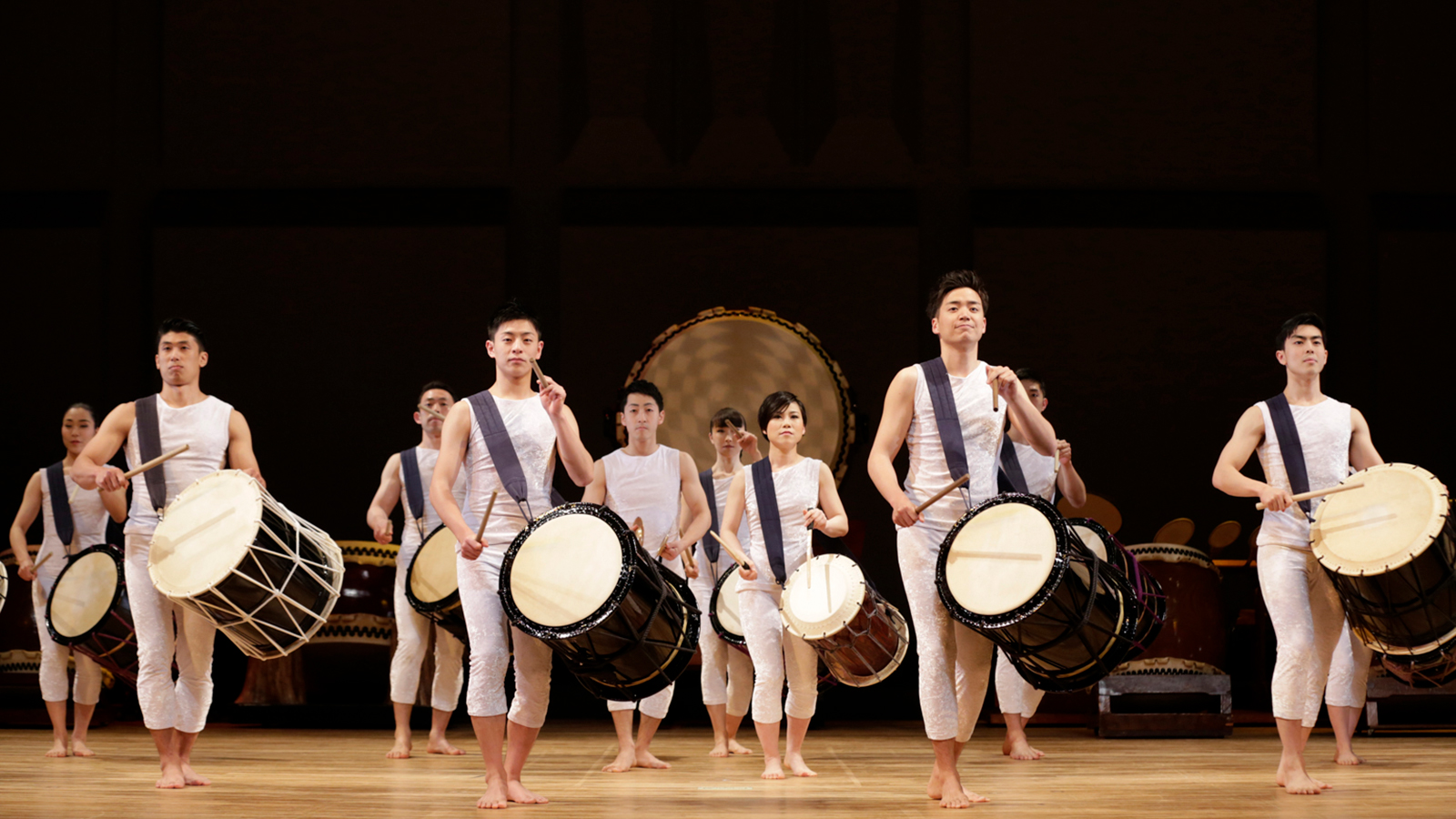 The Japanese word kodo can refer to both “heartbeat”—the primal source of all rhythm—and to the notion of being “children of the drum”—a reflection of this awe-inspiring ensemble’s intention to play the drums with the simple heart of a child. Kodo has been continually touring under the banner “One Earth Tour” since 1984, embodying Kodo’s desire to transcend language and cultural boundaries and remind people of the common bond we all share as human beings as they bring the sound of the taiko drumming to all corners of the globe.

This production showcases the perpetual, creative evolution of taiko performing arts ensemble Kodo under the artistic direction of Tamasaburo Bando. The 2019 North American tour will be the first time this work is presented in the Americas. Evolution will be Kodo’s seventh performance at Krannert Center since the group’s 1981 inception; in between, the group has played over 6,000 performances on five continents. At each stop on the global stage, Kodo’s discipline, theatricality, and grace both preserve and expand the breathtaking cultural legacy of taiko drumming.

Recommended for ages 8 and up

Kodo thanks ANA for their support of Kodo One Earth Tour 2019: Evolution, North America Tour.
Supported by the Agency for Cultural Affairs Government of Japan in the fiscal 2018.
Kodo is a certified “Beyond 2020” cultural program.

Enjoy a day-long encounter with percussion by participating in Day of the Drum beginning at noon on Saturday, March 2.