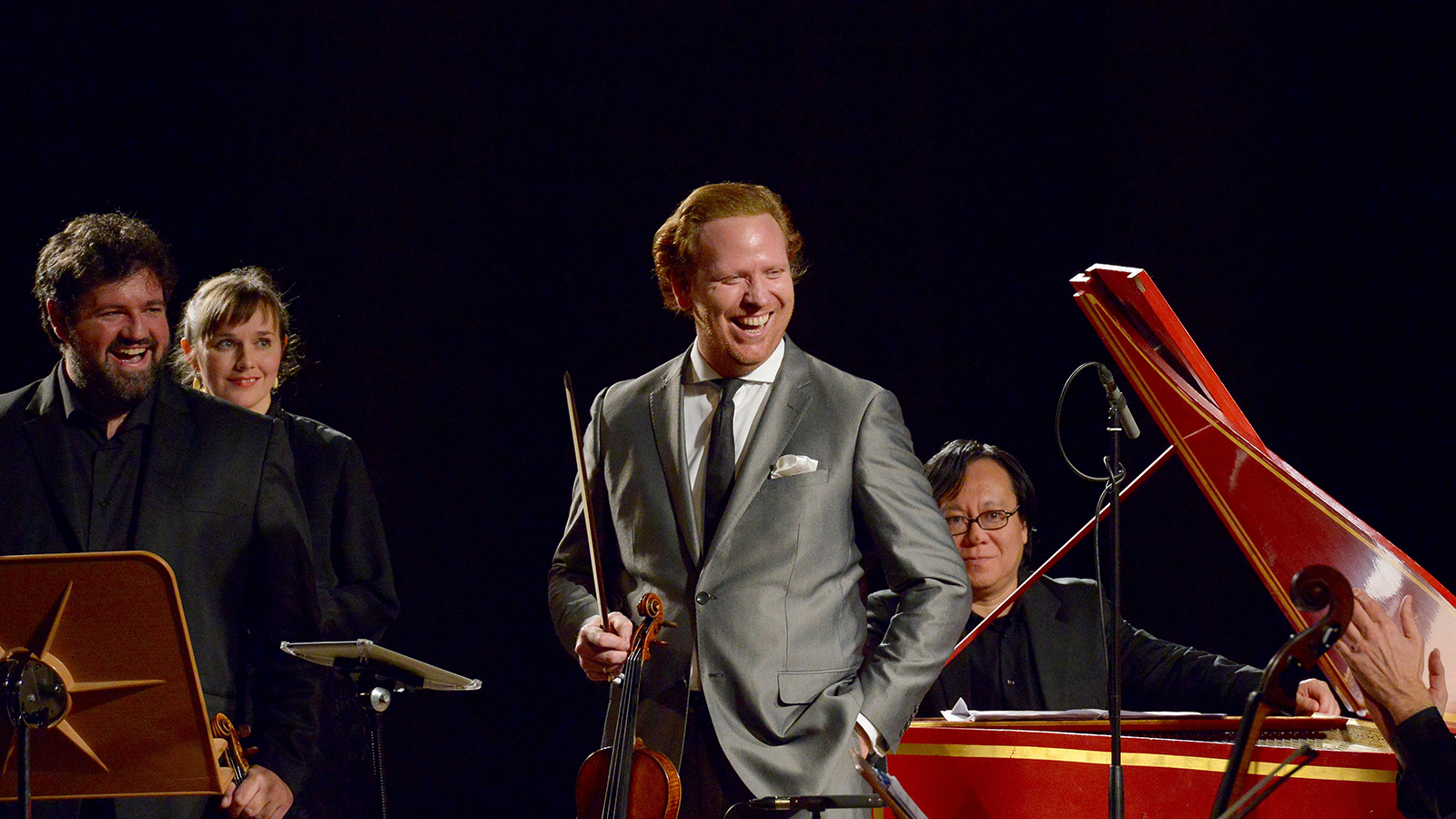 During the Baroque era, the violin experienced perhaps its greatest time of development, as violinists and composers travelled both musically and geographically, avidly seeking more extravagant and original ways in which to express themselves on this fascinating new instrument.

Air sets out to trace one such Baroque journey: the story of four composers (three from Italy and one from Germany), the music of their time, and the cultural exchange that can occur between musical minds. Based on Hope’s award-winning Deutsche Grammophon recording and featuring a stunning ensemble of virtuoso musicians from around the world, Air reveals the diversity and eloquence of music of the Baroque era, from simple dance forms to the work of Bach. Hope’s narration provides context and illuminates fascinating connections within the concert, which includes works by Ortiz, Handel, Vivaldi, and others, performed by violins, cello, lute, cembalo (harpsichord), and percussion.

Winner of the 2015 European Cultural Prize for Music (previous recipients include Daniel Barenboim, Plácido Domingo, and the Berlin Philharmonic), Daniel Hope appears as soloist with the world’s major orchestras and conductors, also directing many ensembles from the violin. The youngest-ever member of the Beaux Arts Trio during its final six seasons, a radio host and best-selling author in Germany, and a concert curator, Hope is celebrated for his artistic versatility as well as his dedication to humanitarian causes.

This performance will run approximately one hour and 45 minutes, including a 20-minute intermission.