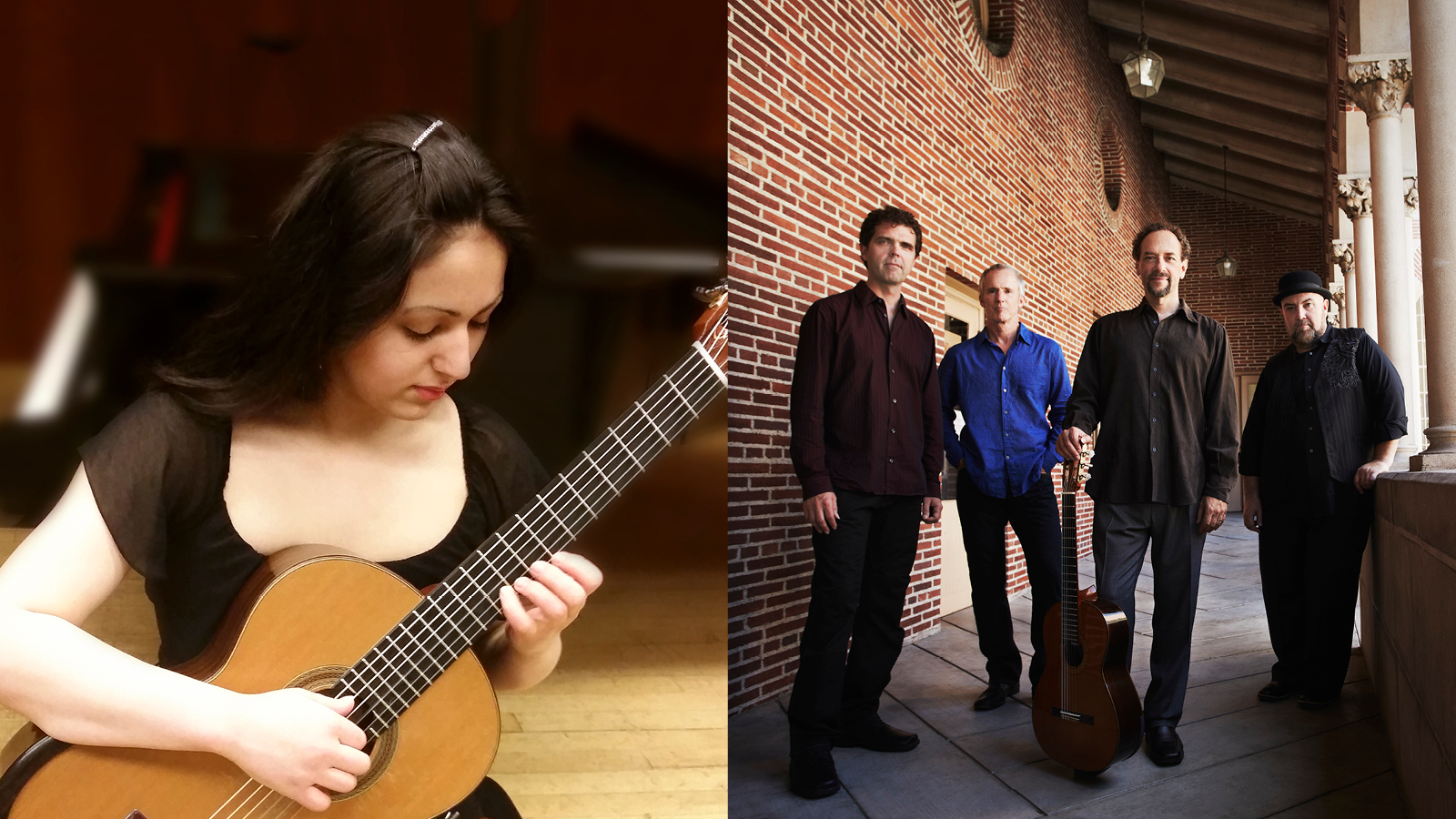 2015 ELLNORA Artist-in-Residence Sharon Isbin provides the stamp of approval for the artist who opens this set—Isbin’s student, Australian-born Alberta Khoury, a prodigy who has already earned an international artistic reputation while still in her early 20s. Following Khoury is the LAGQ, four individually accomplished guitarists who, when united, regale audiences with dynamic classical repertoire peppered with the music of Africa, Ireland, and the Americas. The quartet—William Kanengiser, John Dearman, Matthew Greif, and Scott Tennant—seamlessly transition from Bach to bluegrass to innovative arrangements of guitar classics like inaugural ELLNORA alum Pat Metheny’s “Letter from Home,” which was featured on their Grammy-winning Guitar Heroes album. That recording and a meeting with Metheny at the Crown of the Continent summer guitar camp started a journey to Road to the Sun, a 30-minute guitar quartet opus written by Metheny and co-commissioned by Krannert Center—one of the works to be featured in this concert. This “masterful four-guitar reduction of significant musical signposts from Metheny’s odyssey” is arranged so personally for the LAGQ that the players’ parts are named “Bill,” “John,” “Matt,” and “Scott” (DownBeat).

This performance will last approximately one hour and 30 minutes with no intermission.