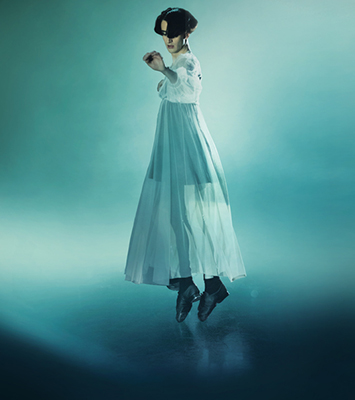 As Dance at Illinois moves into its 51st year, the department’s past, present, and future collide at November Dance Thursday-Saturday, November 7-9. The program will combine two reconstructions and two new dances, offering historically important dance works of the 20th century while also providing the freshness of new work.

Guest Artist and former Batsheva Dance Company dancer Omri Drumlevich has reconstructed segments of Deca Dance, by Israeli-born choreographer and former Artistic Director of Batsheva Ohad Naharin. Like a patchwork quilt, this work is made from various segments of dances by Naharin. Drumlevich says, “To me, Deca Dance is far more than a montage program, it is actually a living and breathing ongoing creation, a platform that allows the dancer to join a legacy of interpreters of Ohad Naharin’s work.”

Another reconstruction, José Limón’s Psalm, originally created in 1967, is set by Dance at Illinois MFA candidate and former Limón company dancer Roxane D’Orleans Juste. Psalm weaves together belief, ritual, and history with powerful ensemble dancing and extraordinary solo work. With a new score by John Magnussen created in 2002, Limón’s inspiring piece is “an evocation of the heroic power of the human spirit, triumphant over death itself . . . .”

Two new works are included in the program as well. Professor Jennifer Monson’s gorge, idling gorge, idling gorge just, just idling, just is part of an ongoing investigation into the nature of disasters. Through the concepts of turbulence, interference, biopsychic, threshold, vibration, and aftermath the dancers create spaces that resonate with varying frequencies of movement and sound.

Closing the show is MFA candidate Danzel Thompson-Stout’s Manifesting Our Movement, Manifesting Our Dance. Bringing life to the house dance aesthetic that has its roots in dance clubs of Chicago and New York, Thompson-Stout extracts the multifaceted layers of house dance and creates an explosive experience that focuses on the power of community while also placing importance on individuality. This work strives to be an extension of what already exists in this cultural dance form and give it a new life by transporting it onto a proscenium stage.