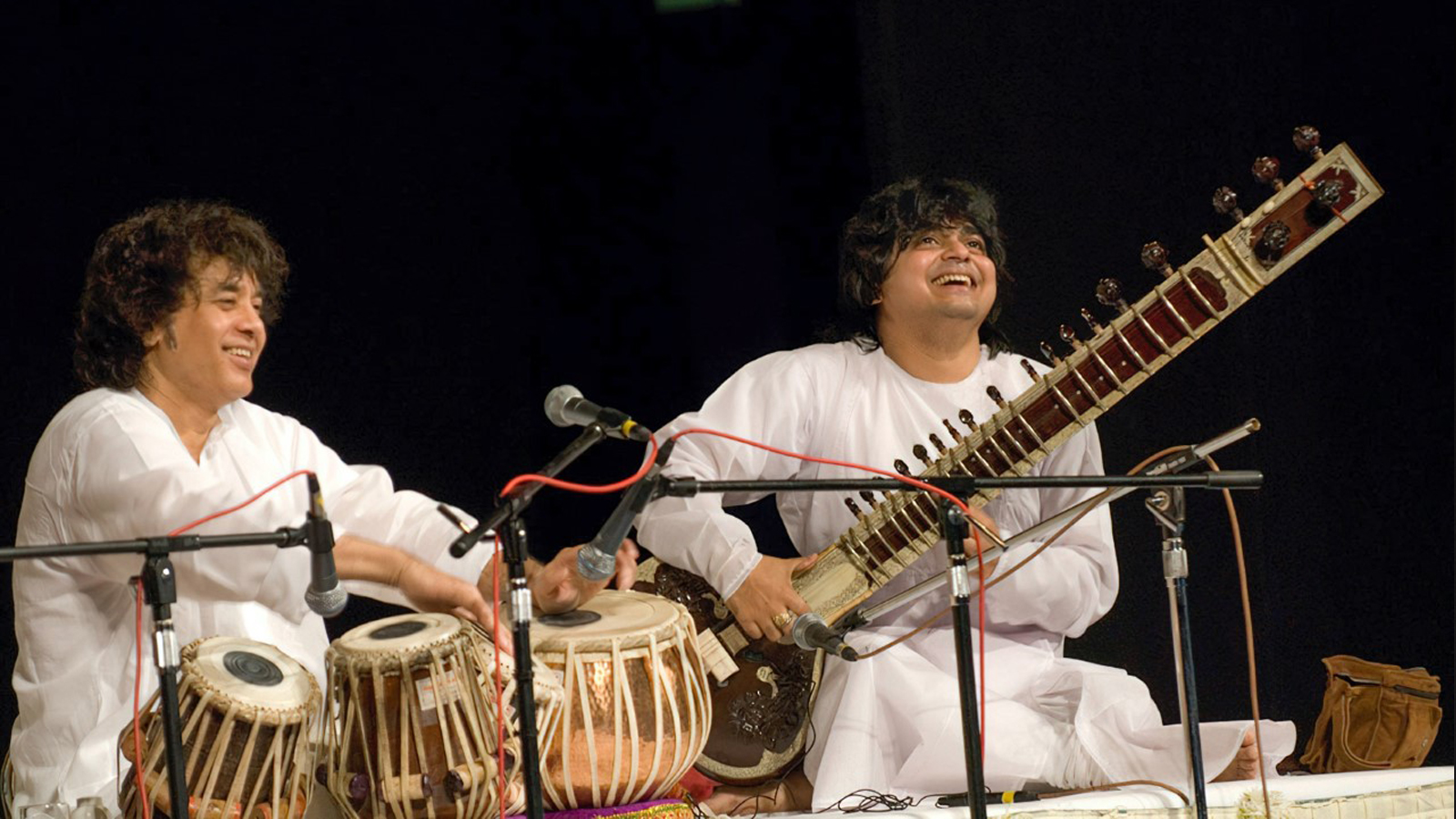 Zakir Hussain is the preeminent classical tabla virtuoso of our time and is appreciated in the music world at large as an international phenomenon. A national treasure in his native India, he is one of the world’s most esteemed and influential musicians, renowned for his genre-defying collaborations, including Shakti (with John McLaughlin), the Diga Rhythm Band and Planet Drum (both with the Grateful Dead's Mickey Hart), Tabla Beat Science, Celtic Connection, Sangam with Charles Lloyd and Eric Harland, in trio with Béla Fleck and Edgar Meyer and, most recently, with Herbie Hancock. The foremost disciple of his father, the legendary Ustad Alla Rakha, Zakir was a child prodigy who began his professional career at the age of 12, accompanying India’s greatest classical musicians and dancers, and touring internationally with great success by the age of eighteen.

Blessed with a lineage of five generations of sitar players, Niladri Kumar is a world-renowned global icon. After gaining an in-depth, profound, and sound understanding of Indian classical music from his father and guru Pandit Kartick Kumar, Niladri went on to revolutionize the style of sitar playing and further invent his own instrument, the red electric sitar, which he coined as the Zitar. He is hailed as one of the serious exponents of Indian music and has an uncanny ability to make this music appealing to youth and audiences at large. He has achieved mastery over the instrument and produces soul-stirring, brilliant compositions and improvisations. Recognized with several prestigious awards and titles, Niladri has released more than 10 albums and has contributed greatly to the Indian film industry.