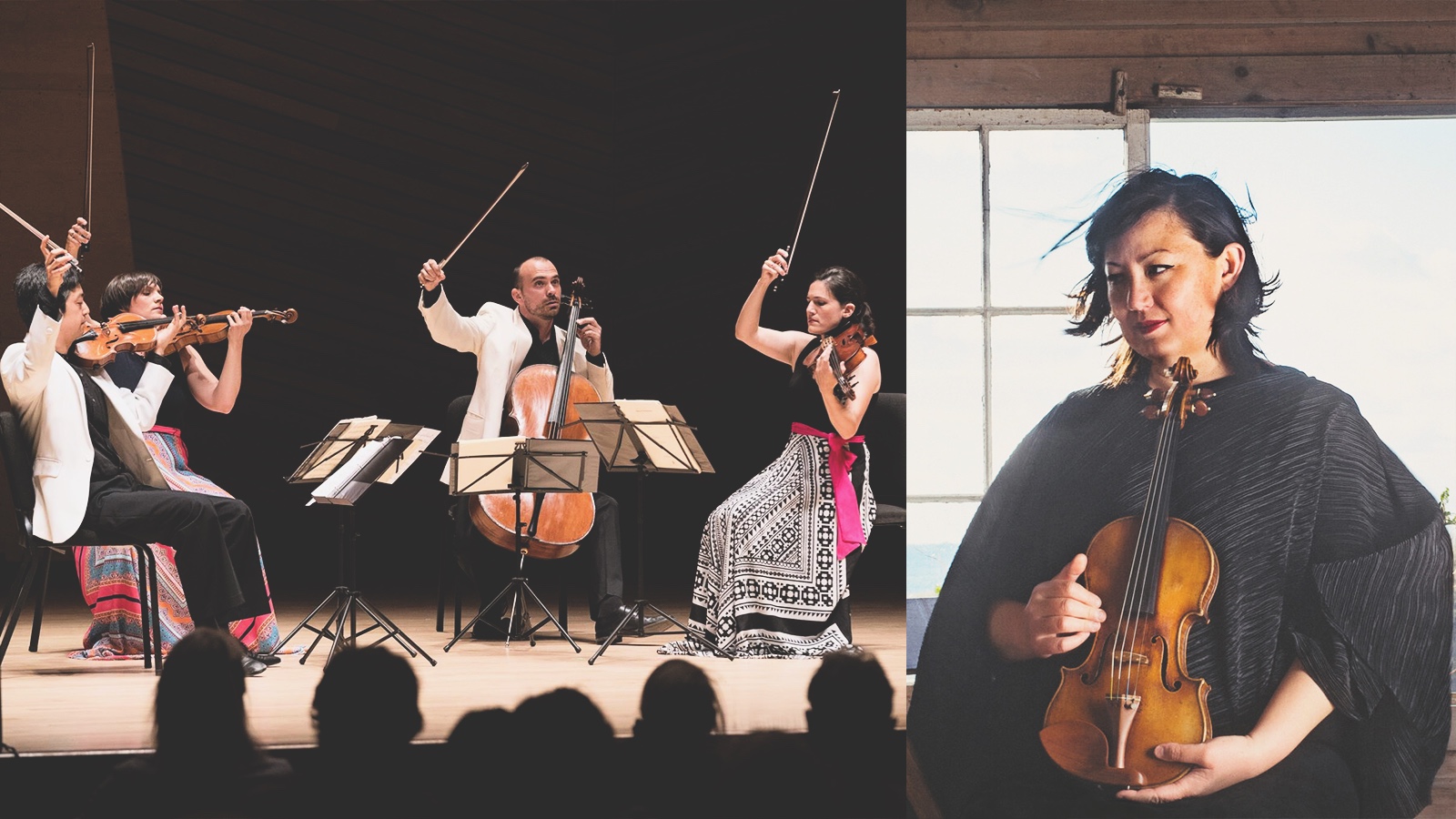 The performance will be available for viewing until January 20, 2021.

A collaboration between the Department of Natural Resources and Environmental Sciences (NRES), Institute for Sustainability, Energy, and Environment (iSEE), Krannert Center, and the School of Music, the esteemed string quartet-in-residence at the University of Illinois offers a virtual performance from Smith Hall of Michi Wiancko’s To Unpathed Waters, Undreamed Shores, a multi-movement work specially written for the Jupiter String Quartet consisting of violinists Nelson Lee and Meg Freivogel, violist Liz Freivogel, and cellist Daniel McDonough.

This work, which was originally intended as part of the quartet’s fall performance at Krannert Center, celebrates the beauty and vitality of the natural world, suggesting hope and inspiration as humanity addresses fears and worries for our planet. The central themes of regeneration and resilience highlight the need to protect each other and our most vulnerable populations. This performance marks the Champaign-Urbana premiere of the work, which was commissioned by Bay Chamber Concerts in celebration of the organization’s 60th anniversary in partnership with Krannert Center for the Performing Arts and Jupiter String Quartet.

Movement 1: "Pelagic Within"
Our journey begins on the water as we travel from shoreline to open sea.

Movement 2: “Dream of the Xerces Blue”
Dedicated to the magic of pollinators specifically to the gossamer-winged butterfly Xerces Blue, which became extinct after loss of its coastal sand dune habitat in San Francisco’s Sunset District. It was last spotted in the Bay Area in 1943.

Movement 3: “Central Park Microbial”
A tribute to the microbiome of the soil beneath New York City’s Central Park, discovered only in recent years to be shockingly diverse and resilient. The vast majority of the park’s microbes have yet to be studied or even named.

Movement 4: “Invisible Eviction”
The world is on fire.

Movement 5: “Crying, Together”
A song of mourning dedicated to our most vulnerable populations.

Movement 6: “Follow the Water”
A return to the ocean and the rivers that flow into it.

Movement 7: “Rise Up”
A celebration, a call to action, and a meditation on our collective humanity

This performance, including the moderated conversation following it, will last approximately 60 minutes.

If you require any accommodations for this event, please contact us two weeks in advance at kcpa-eventsoffice [at] illinois.edu.