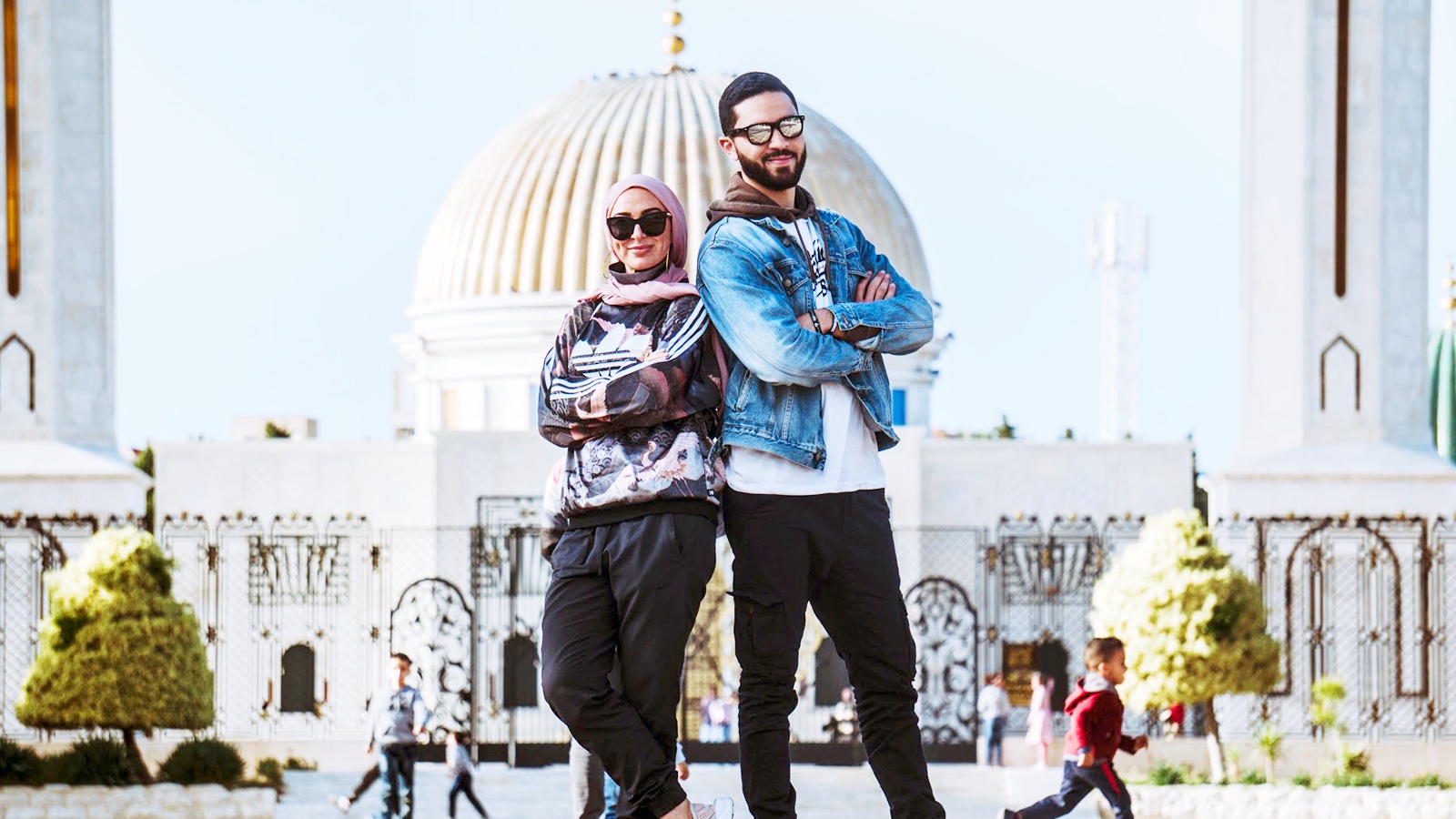 Can’t make it on October 7? The recording of this livestream from the Lied Center will be available through November 5, 2020, on Vimeo.

Live from the Lied Center at the University of Kansas, Amirah Sackett and MR MiC perform an evening of hip-hop and beatboxing artistry. Amirah is an internationally recognized hip-hop dancer, choreographer, and teacher, widely known for her choreography and performance ensemble creation “We’re Muslim, Don’t Panic,” which reached viral video fame after being featured on POPSUGAR Celebrity, The Huffington Post, AJ+, and Upworthy. Her work aims to break down misconceptions about Muslim women and the Islamic religion using her artistic voice around the country and in her hometown of Chicago. She was honored to be a TEDx speaker and has also performed and taught in both Bangladesh and Malaysia through the U.S. Embassy as a cultural diplomat. Amirah will perform with Ahmed Zaghbouni (aka MR MiC), an international beatboxer, musician, voice impressionist, and film director from Sousse, Tunisia. He has created a style called “megatron beatboxing,” which is featured on his YouTube channel. In 2019, MR MiC was honored to represent his country in the World Championship of Beatboxing, and, later that year, he collaborated with Amirah on a series of videos, Beatboxing Meets Popping.

This performance will feature a collection of works inspired by a wide range of sources: the poetry of Rumi, the classic Arabic story of Layla and Majnun, as well as contemporary video gaming. Following the performance, this livestream will feature a Q&A session with first-year students at the University of Kansas.

Live, closed captioning will be provided during the event.

This event will last approximately one hour.

Especially for the education community:

Explore post-performance questions and activities through the American Muslim Futures educational resources. Amirah Sackett’s Sikeena is a featured performance in this online exhibit.

Recommended for grades three and up.

Related event: Register for a live conversation with Amirah Sackett on October 12 via Zoom, hosted by Angela Williams, associate director at the Center for South Asian and Middle Eastern Studies at the University of Illinois at Urbana-Champaign.

Krannert Center is grateful for this partnership opportunity with the Lied Center of Kansas, which is supported by the Andrew W. Mellon Foundation and the National Endowment for the Arts.