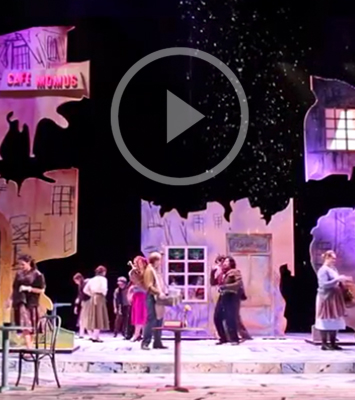 For every performance, there’s a behind-the-scenes story—a bevy of designers, artisans, crew, and subject-matter experts that creates the worlds in which the performers play. For two recent Krannert Center for the Performing Arts productions, those backstage environments included the innovative use of automation technology.

Set automation and automation design utilize motors, cable systems, control software, and electronic control boxes to execute the movement of set pieces—creating smooth transitions and allowing directors to have additional tools in their staging. In Illinois Theatre’s recent production of A Funny Thing Happened on the Way to the Forum, a “donut” or rotating, circular set piece was inserted into the middle of the Romanesque environment to facilitate chase scenes, unique entrances, and other staging devices to great comic effect.

Learn more about automation, design, and technology in the arts at Illinois in these videos from News-Gazette Media: